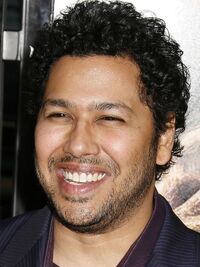 Dileep A. Rao (born July 29, 1973) is an American actor who has appeared in feature films and television series. He starred in Sam Raimi's horror film Drag Me to Hell (2009), James Cameron's science fiction film Avatar (2009), and Christopher Nolan's thriller Inception (2010).

Rao was born in Los Angeles to a physicist mother and an engineer father, both of Indian descent. He grew up in Yanbu, Saudi Arabia, Denver, Colorado, and Claremont, California. Dileep has one sister who is a professor at the University of Michigan's Ross School of Business. He graduated from Claremont High School and the University of California, San Diego, with a B.A., later receiving an M.F.A. from the American Conservatory Theater in San Francisco, where his class included Anna Belknap and Elizabeth Banks.

Rao's first role after graduating was in the American premiere of Indian Ink by Tom Stoppard. Rao moved to Los Angeles and began working in regional theater, including at the Berkeley Rep, South Coast Repertory, and for the Manhattan Theater Club.

In 2009, he appeared in Avatar and Drag Me to Hell. He got nominated for several awards as part of the ensemble cast in Christopher Nolan's 2010 film Inception. He played a pharmacologist in the film.